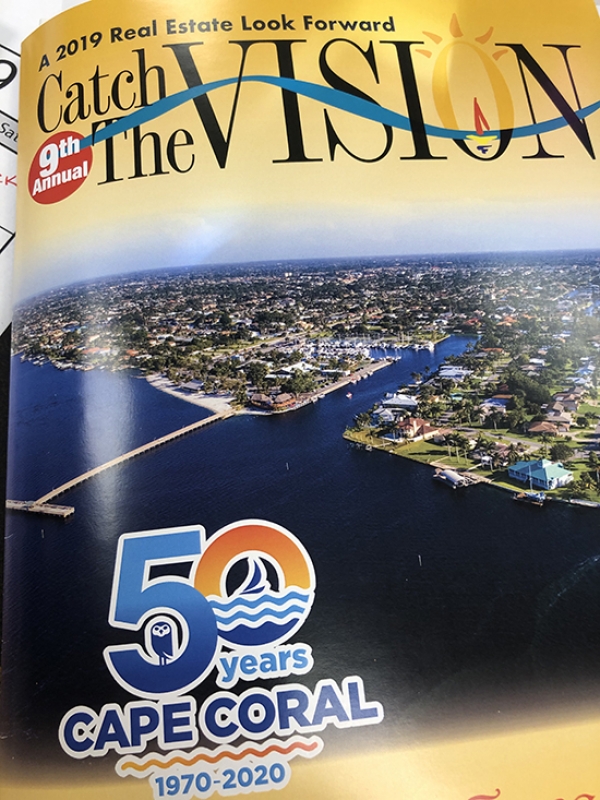 More reasons to make Cape Coral for your new home or vacation town of choice.

The program also highlighted new commercial projects on the horizon. The following new businesses will be located less than 1 mile from Casa di Fiori:

Other development of note coming to the city includes the building of a new event center, luxury vehicle parking condo spaces, commercial villages and campuses and some trendy new restaurants.

Plus, in 2020 Cape Coral will celebrate its 50th anniversary so we expect to hear more about special events and programs in the coming months.

More in this category: « We are an all ages community! Live Close to Beaches, Golf, Arts & Culture! »
back to top

SELLER RESERVES THE RIGHT TO CHANGE AND/OR ALTER MATERIALS, SPECIFICATIONS, FEATURES, DIMENSIONS, LANDSCAPING AND PRICES WITHOUT NOTICE, ORAL REPRESENTATIONS CANNOT BE RELIED UPON AS CORRECTLY STATING REPRESENTATION OF THE DEVELOPER, PLEASE REFER TO LEGAL DOCUMENTS AS PER FLORIDA STATUTE 718.503